The Water Cooler: What Are Your Employees Really Saying About You? 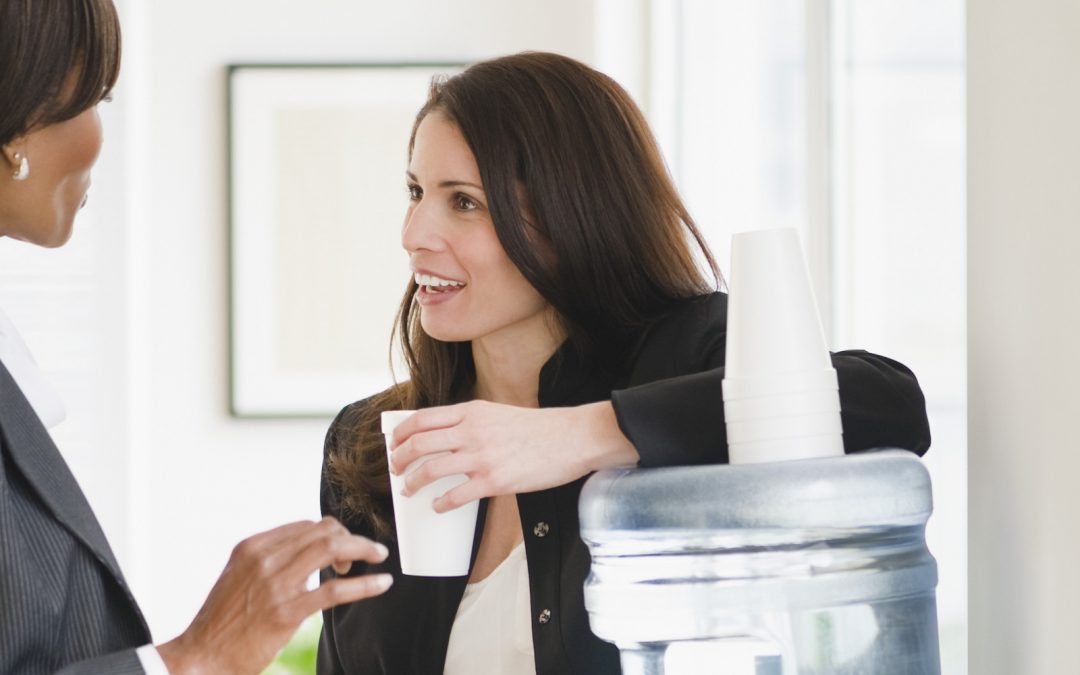 Without humility, you won’t bring out the highest and the best in people and your hubris will frequently reduce them to their lowest and their least. And what I have seen, time and again, is that the prideful person is the last one to realize that he or she is “hitting the kill switch” in the human spirit of others; hubristic people don’t know that they don’t know!

Some years ago, the CEO of a national firm asked me to map out an organizational development strategy with his senior leadership team. On the day of the meeting, the CEO was delayed, so his leadership team and I went to work without him. We were having a great time together and also a very productive time. The team was fully engaged; there was lots of positive energy, and we joked and laughed together as the plan quickly took shape on a large white board. The CEO walked in about 40 minutes after we’d started and the dynamics in the room changed in an instant!

I had a great relationship with the CEO; I respected him, but I wasn’t intimidated by him in the least. So I was mystified as I watched his team go through a remarkable metamorphosis; their demeanor and their interactions completely shut down, as if someone had flipped an “Off” switch.

As I say, I had enjoyed several very positive meetings with this CEO before, but I had never seen him interact with the members of his senior team. It was obvious to me that all the energy in the room had disappeared, but I had no idea why. I assumed that I must have unwittingly said something that turned the team off. So I asked innocently, “What’s wrong? Did I say something to shut you down?”

The CFO was standing next to me; he actually whispered to me, “He’s here!”

I was bewildered by his behavior. “Who’s here?” I asked in a normal tone of voice.

“Shh!” the CFO hissed. “The CEO is here!” All the heads in the room were downcast, just like schoolchildren who had been misbehaving in a classroom until their strict teacher unexpectedly returned. Faces that had been beaming with smiles were carefully expressionless; voices that had been raised in laughter and playful banter were subdued and cautious.

Later that morning, I sat down alone with the CEO; I’ll call him “Bill.” I asked Bill, “Do you know your team is not themselves when you’re around?”

“What do you mean?” he asked. It was obvious that Bill had no idea what I was talking about.

“Bill, before you arrived, there was excitement, engagement, communication, and joy! But when you walked in the room—” I snapped my fingers “—they shut down immediately. They believe that you don’t want them to behave that way, so they shut down.”

Bill stared at me in disbelief. “I had no idea that I’m producing that in them. I don’t want to do that to them.”

As I interviewed different members of Bill’s team, I learned that he exhibited the kind of high command, high-control behaviors that throw the kill switch in the human spirit. That was why Bill’s arrival so completely changed the tone of the meeting. I had allowed and encouraged the team to be themselves. Bill had communicated the message that he wanted his team to be like him: businesslike, “no-nonsense,” and serious. The outcome was that his leadership team was closed, cautious, defensive, and somber in his presence, even though that was not their true personality.

It is sad truth that hubristic leaders are usually the last to realize that they are extinguishing engagement in their team. Bill was amazed when I told him that his senior leaders were much more outgoing when he was not in the room because he’d never seen them in that outgoing, engaged state. Bill’s hubris kept them from being themselves and kept him from seeing that they were not themselves!

Hubristic people are often so self-absorbed that they don’t even ask themselves, “Do I allow the people around me to be themselves? Do I truly want them to be themselves, not clones made in my image? Do I want people to feel free to shine as individuals in the workplace? Or am I producing an enforced, sterile conformity?”

In my People First book, a business leader is asked two questions; the second one pierces his heart. “Have you ever met a leader that the room lights up, radiates, and glows … when that leader walks out of the room? Are you one of those leaders?” I frequently challenge business leaders to ask others, starting with their loved ones at home, this question: “How do you feel about you … when you’re around me?” If the spouse or children of a hubristic leader were to reply honestly, they might well say, “I don’t feel good about me when I’m around you, because you don’t allow me to be me!” Hubris is the Number One barrier of man having fellowship with his fellow man! Hubris destroys relationships, marriages, organizations, and governments.